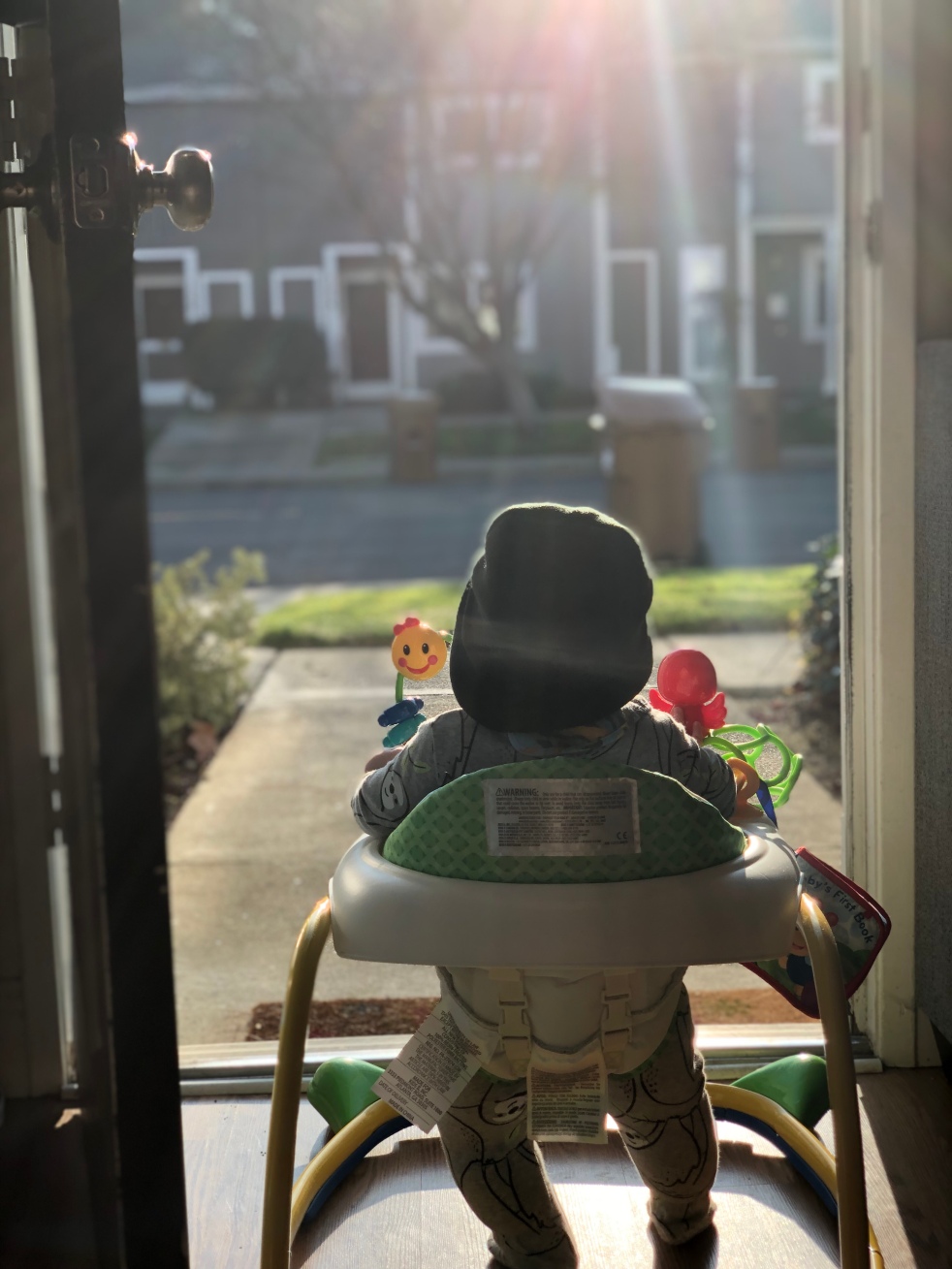 I’m absolutely obsessed with the photo above. It captures Levi’s curiosity and what he loves most: watching cars drive by and the outdoors. Yea, he’s inside in this picture but he loves being outside. I had yesterday and today off and it feels so damn good to be with my family. I’m so sad to get back to the grind tomorrow. I’m sure me saying I’m exhausted is repetitive by now so I’ll just assume you already know that.

Last week was a blur. I don’t remember much besides going to work and coming home every day doing the same thing. Yesterday was Sunday so it was errand day. We went to target to get our shopping done because I accidentally forgot to skip this week on Hello Fresh so we didn’t need much to buy this week. Today was more errands. I had to exchange an Xmas present, buy some protein powder, did some small shopping because I had a gift card, went home for lunch and then had to take both Moka and Wilson to the vet because I thought they had ringworm. They don’t, thank goodness. I have to bring Wilson back on Friday so a vet can look at him this time (they were busy when I went) but it looks like he might have allergies and be allergic to something. Could be food but it also could be seasonal allergies. Poor guy has a rash all over his tummy and he’s super itchy. We’ll most likely have to do medicated baths to help with it. Luckily at my work there’s a veterinarian clinic so I can just bring him to work with me on Friday. He’s going to hate me.

Levi hadn’t taken any naps today but finally knocked out around 3 right when we got home and he’s still asleep! It’s been two whole hours. I bet he’s going to feel amazing after this nap! I’ve been worried about his eating lately and how he doesn’t like touching any real solids and only eats purées and yogurt and what not. I’ve emailed his doctor and he’s going to refer us to a pediatric speech and food specialist. Last week was hard and I couldn’t help but blame myself for him being delayed. It still makes me want to cry honestly. Sunday morning I put scrambled eggs, shredded cheese, tortilla pieces, and blueberries on his tray and he touched the cheese and looked DISGUSTED. As if I had just put his own poop on the tray. He pulled his hands back and shook his head. We tried to put a piece of tortilla up to his mouth for a taste and he pursed his lips together, wanting nothing to do with it. I was so devastated. But I did end up having some victories the past two days, though. While I fed him his yogurt for lunch I just placed sliced blueberries on the tray so if he felt like grabbing them, he could. And he did! He put two pieces into his mouth but then they fell out and he didn’t attempt it again but I didn’t care though because I was just happy he touched them and picked them up! It was a small victory and I’m going to continue to put little pieces of food on the tray while I feed him purée. I definitely don’t want to force him to eat but I do want to get the ball rolling because it is important for him to eat food, you know? I’ve also been stressing about him not crawling but I talked to a friend and she told me her son didn’t crawl until 11 months old and that made me feel better. Jesse tells me everything will be okay and Levi will be fine but it’s really hard to watch your child not be 100% on track with every little thing when every other baby seems to be fine? I don’t know. I’m just a worried mama.

Anyways, it’s a new week. I’m closing three days in a row which will be rough because that means I barely get to spend time with Levi so I’ll definitely be on the sad side. Be nice to people this week (or every week) because some of us are on a struggle bus to happiness.